Yair Lapid, Israel’s foreign minister, has opened the door to strengthening security ties with Australia and the Five Eyes intelligence network, with the possible goal of playing a vital role in the Indo-Pacific region in the future.

The alliance, officially known as the UKUSA Agreement, is a multinational arrangement that comprises not only the United Kingdom and the United States, but also Australia, New Zealand, and Canada in order to exchange information.

The partnership began as an agreement between the UK and the US in 1946 that cemented the sharing of signals intelligence, or information elicited by intercepting communications between people. In 1948, Canada became a member. In 1956, New Zealand and Australia were admitted as members.

However, since then, the times have changed. With the arrival of an economic superpower like China with which each of the member countries has a different level of engagement and interests, things have taken a downward path. New Zealand has come as an outlier in this grouping, with comparatively milder, borderline ending up in favor of China.

In such a situation, the past few months have seen attempts by the Australian government to smoothen the remaining differences with Isreal and subsequent expression of intent by Israel to deepen security ties with Australia. Israel’s prowess in the realm of cybersecurity and intelligence sharing are established facts and Canberra is well aware of this. In November the Morrison government declared Hezbollah a terrorist organisation, increasing the prospects of further deepening of security and intelligence cooperation with Israel.

Five Eyes alliance at its lowest after a long time

New Zealand, in early 2021, had voiced hesitation to sign joint statements with its alliance members denouncing Beijing’s crackdown on Hong Kong’s democracy movement and treatment of the Xinjiang province’s minority Uyghur Muslim community. New Zealand said it is “uncomfortable” with the United States, the United Kingdom, Australia, and Canada using the 70-year-old “Five Eyes” intelligence grouping to attack China. Some critics accuse the New Zealand government of caving in, to Beijing.

The consistent internal hijacking by New Zealand of the Five Eyes alliance’s initiatives for supposedly national interests has made the US-led intelligence sharing apparatus toothless. Given these realities, Australia along with US and UK has established AUKUS.

While the Australia-UK-US security pact demonstrates a commitment to naval power, the biggest story, according to South Asia Research Scholar Arzan Tarapore, is the radical integration of cutting-edge defense technologies and a new approach to alliances.

Because AUKUS will be working on extremely sensitive intelligence-related technology that Washington would only entrust to its closest intelligence partners, which could be possible among members of the five eyes alliance. Artificial intelligence, quantum computing, and cyber are three of AUKUS’s stated technical priorities, all of which are at the forefront of new intelligence capabilities and subsequent capacities.

The AUKUS and diminution importance of the Five Eyes

While it is no surprise that numerous Australian intelligence chiefs have been at the forefront of explaining AUKUS to the country’s other strategic allies, but the interesting bit is the absence of New Zealand in the new architecture. One viable explanation can be the fact that the AUKUS signatories understood that the addition would compromise with the above-stated aims and objectives.

Many critics have accused the New Zealand government of selling “its soul to China,” including some British legislators and significant media. They accuse New Zealand of prioritising its economic links with Beijing over a long-standing relationship with like-minded nations, as the country derives roughly 29 per cent of its export earnings from China.

Israel’s Foreign Minister Lapid told The Sydney Morning Herald in an interview that Israel is “extremely keen in developing our ties with Australia and all countries in the Indo-Pacific.” Mr Lapid said a free trade agreement with Australia was also a goal, adding that it would “expand trade and help create jobs in both our countries,” and that direct flights between the two countries were a possibility.

In the midst of growing tensions between China and Australia coupled with the state, the five eye alliance is in, his remarks signaled the possible entry of Israel in the larger geopolitics of the Indo-Pacific region.

He said Israel already has extensive ties with Five Eyes nations, including what he dubbed as an “incredibly close intelligence-sharing and security partnership with our closest ally, the United States”. “We’re focused on continuing to deepen these ties through their existing frameworks and agreements, and we would consider any other options for expanding these ties should they present themselves,” he said.

These statements if anything is an obvious signal from Israel that it is ready to enhance these capacities in cooperation with Australia and later with other countries in the Indo-Pacific as well. 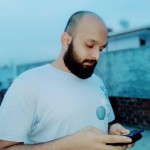